I was born and raised in Albuquerque New Mexico. I married my childhood sweetheart, Deacon Jerry, who happened to live on the same street when I was growing up. We have two sons who are married with children of their own.

When I became a Catholic a few years after we were married, we began serving at the Parishes we attended and that continued when we joined St. Luke in 1993. We have served in a number of ministries with our favorite most likely being working with the second year Confirmation candidates teaching them about morals and morality.

I graduated from the University of New Mexico with degrees in Elementary and Health Education. When I came to California, I soon discovered I needed my CA teaching credential in order to teach. I was not ready to go back to school at that time, so over a period of several years I made a career in the Real Estate Industry, mostly as a mortgage lender. After a long while I decided I missed teaching and that is when I returned to SDSU and obtained my California Teaching Credential. I taught for a number of years in a private school, substituted and was a support teacher in the public schools.

In 2011 an opportunity came along to become a Faith Formation Coordinator at St. Luke. Not many people can say they love their job. I am happy and blessed to say that I do love my job. What makes it so special and personally rewarding is all of you, the parishioners of St. Luke. I enjoy meeting and getting to know our families and working with our volunteers. Most of all, I truly enjoy being a catechist in the atrium with the children and sharing our faith. 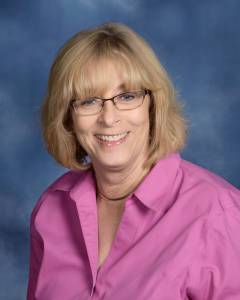